Probably the most common question we are asked by our customers here at The Happy Coin is, “How do I know if these coins are worth anything?”

The world of numismatics is sometimes rather impenetrable for the curious, with many just wondering if the handful of coins they discovered in the back of the closet has any real value or is just spending money.

As a TL; DR – here is a cheat sheet for checking for the different silver contents of American Coins.

It is probably most necessary before delving into the topic of this blog to first introduce the reality that nearly all coins derive their value from one of two qualities: precious metals value, or numismatic value.

Precious Metals Value is the actual price of the metal that is contained in the coin – normally gold or silver. This is derived by determining the purity of the metal the coin is made from, and then comparing that to the weight of the coin to discover the total amount of the precious metal within. All coins containing silver or gold (except for clad or plated coins, which we will cover below) have at least some precious metals value.

Numismatic Value is the collectible value of the coin. This value is derived from the rarity of the coin, whether it is an uncommon date, or even just in a very good condition that makes it more uncommon than its peers. Numismatic value is much more complex in determination and involves considerations of mintage numbers and mint location, how the coin was stored, how often the coin was handled, and even if it was ever cleaned (Don’t clean your coins!) Not all coins have numismatic value, regardless of their precious metals value.

Fortunately. you don’t need to be a numismatist to navigate one of the most basic and common forms of US Coinage values: silver content. Here are some easy steps to follow to determine if any of your US Coins have silver in them. Note: these rules are only for American coins, and the rules for other countries vary considerably.

Step One: Pull out all the 1₵ pennies and ALMOST all your 5₵ nickels.

All United States Pennies are made of copper, except for the 1943 Steel Penny made during World War II. So, while there are rare pennies that might have some numismatic value (see our video on the 1955 Double Die), none of the small cents in your collection will carry any precious metals value. 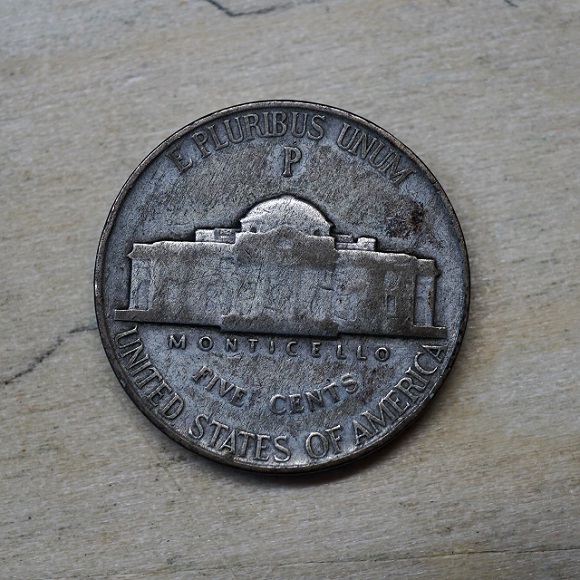 Nickels are mostly in the same category, but once again World War II threw in a bit of an exception. From 1942 to 1945, Jefferson Nickels contained 35% silver due to the demand for nickel in the war effort.

Step Two: Pull out all dimes before and including 1964

In 1965, US Dime changed from 90% silver to a Copper-Nickel alloy that was clad in silver. While this layer of silver makes the coins look shiny and, they contain no real silver value. The rule is that all US dimes up to and including 1964 are 90% silver. Save those.

Step Three: Do the same thing for quarters, up to and including 1964.

The same history applies to US Quarters. Pull all quarters that have the year of 1964 and earlier.

So there is a slight difference in half dollars. The US kept minting silver into half dollar coins until 1970, but between 1965 and 1970 the silver content was lowered to 40%. While it is fairly easy to tell the difference between a 90% coin and a Clad coin (post-1970) the 40% silver coins look much more like their 90% predecessors. There is a somewhat easy method to rapidly filtering your clad coins (including dimes and quarters.)

Stack up all your coins and then look at the edges. You should easily be able to tell the difference between the clad and silver coins. Once you’ve separated the clad ones (you can use them as spending money) check the remaining silver coins for dates beyond 1964. Those are 40% - separate them from the 90% silver collection. 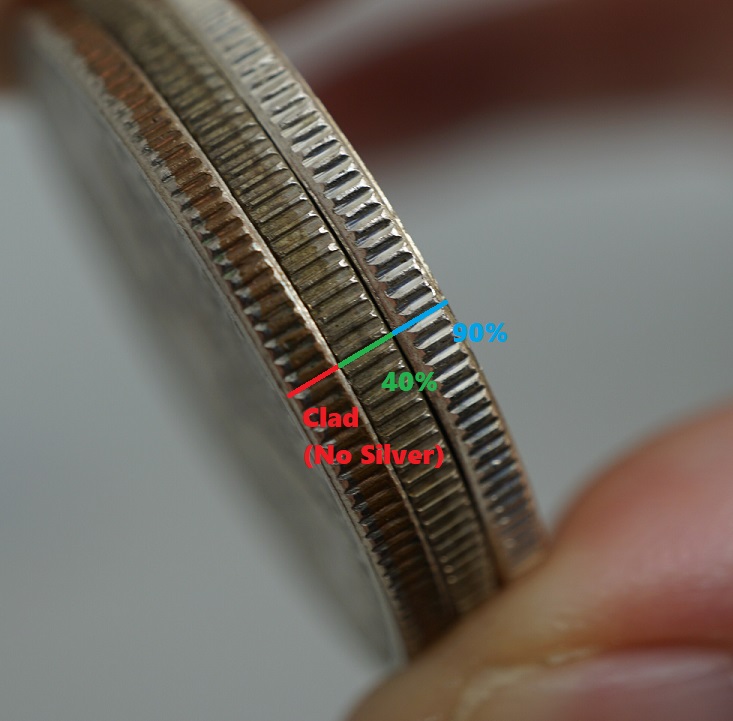 Step Five: Do the same with one dollar coins.

The same 40% rule exists with Eisenhower One Dollar coins, although you will find that these are all 40% as they were struck after 1964. Eisenhower Dollars are 40If you happen to have Morgan or Peace silver dollars from the early 20 th century, those are all 90%.

Note: there are always exceptions.

US Numismatics consists of myriad exceptions to rules and caveats of error coins or special commemoratives. It’s helpful to train your eye in noticing what might look silver or even just unique enough to warrant further research.

Give us a call at the shop if you think you might have some silver and are curious on how much we are offering at current market prices!